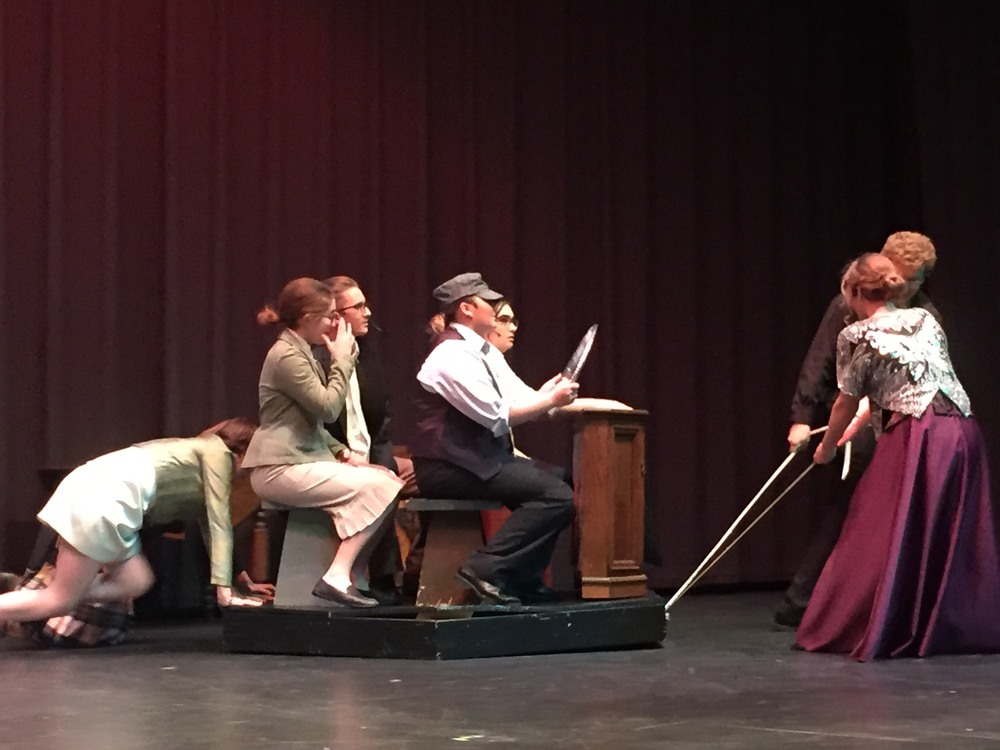 Schoolcraft Drama Club Director Leigh Fryling may be rehearsing a mystery play these days, but there is one sure discovery she’s made: “Theatre can change lives.”

Fryling’s reason for sharing her love of theater with students is no mystery, though. “I decided to go into theatre professionally because a show I did in high school helped bring an estranged family back together,” she said. “The message of the play touched their hearts and helped them heal. I think that theatre is the hospital of the heart, and those who practice it are the medics of the soul.”

The play she has chosen for Schoolcraft drama club students to perform this fall has murder, romance, manhunts, and espionage as just a few of the promised thrills in this murder mystery entitled “The 39 Steps.” It is a humorous parody of a 1935 Hitchcock film. The play is Fryling’s pick this year for the troupe’s annual fall production. Curtain is at 7 p.m. on November 15, 16 and 17 with two matinees at 2 p.m. on November 17 and 18 at Schoolcraft’s Performing Arts Center.

The original Broadway production of “The 39 Steps” was written for a cast of only four. That presented a unique opportunity for Fryling to quadruple the number into a cast of sixteen. Expanding the cast allowed more students to be involved in the powerful experience of drama and join the family-like bonds that are formed during the process of production, she said.

Leading the cast is Chance Evans as Richard Hannay, a British man with a boring life until he becomes involved with a mysterious woman at a London theatre. Evans, a veteran of the Schoolcraft stage, is already enamored with his role. “The play is a lot of fun. I play a suave loner who gets caught up in a multinational affair.”

Maya Pearce, who plays Hannay’s love interest, Pamela Edwards, also appreciates the benefits of the hard work that goes into the performance on stage. “Drama gives you a unique sense of fun and camaraderie. It’s definitely worth the effort.” Rounding out the lead characters is Isabella Parker in the role of a British professor who has a mysterious hidden agenda throughout the play.

Whether on stage or backstage, all cast and crew members in stage productions agree on one thing: being in drama gives you a family to belong to. Senior Phil Stafford added, “It gets [students] out of their comfort zone and gives them good experiences that they can take with them through life, like job interviews.”

The power of theater isn’t just for cast members, though. Schoolcraft math teacher Cory Hinga remarked on the sense of pride he feels when watching students in a local production after all their hard work. “I think it lets people see our students in a different light.” 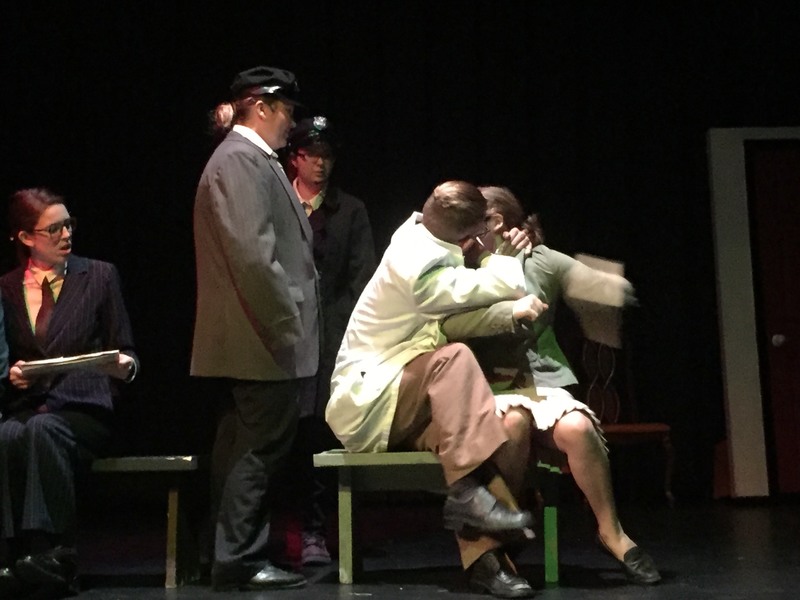